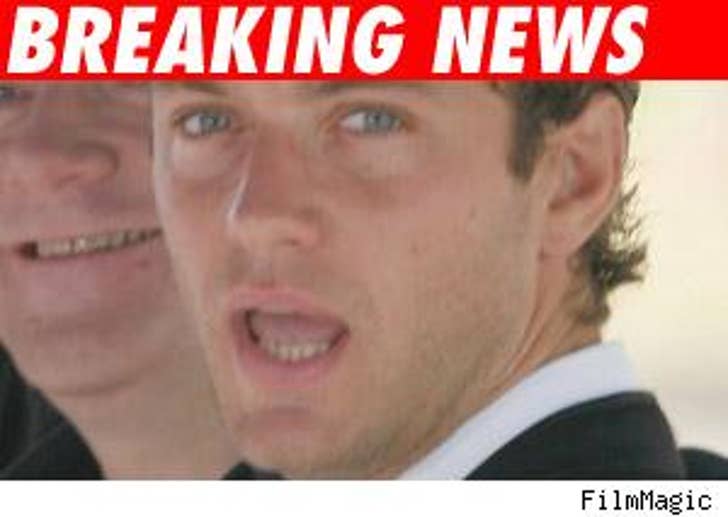 Jude Law's attorney Graham Shear just issued the following statement on behalf of Jude Law in response to his alleged attack of a paparazzo in London on Tuesday:

"I can confirm that Jude Law voluntarily attended Marylebone Police Station yesterday following an alleged incident outside his house earlier in the day. Mr. Law provided the police with a statement regarding his denials of allegations by a 'paparazzi' photographer against him and made his own allegations concerning the photographer. Jude has the utmost respect for the police and whilst this is an ongoing matter no further comment will be made."