The police finally caught up with sometimes violent "CSI" star Gary Dourdan last night, but it turns out he wasn't lying after that memorable beatdown a few weeks ago, when he claimed "I know all the cops around here, they're my friends!" 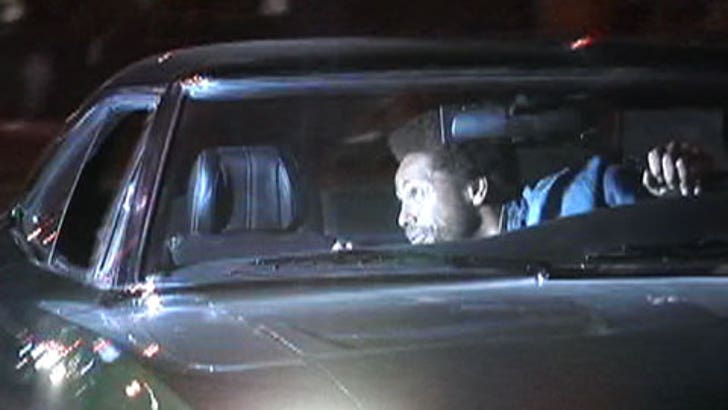 TMZ caught Dourdan ripping away from Hyde last night in his sick ride, banging an illegal U-turn in the middle of Sunset Blvd. and roaring off at top speed. But before he got too far, a police SUV going in the opposite direction took notice, banged a Uey too, and pulled Gary to the side of the road.

By the time TMZ cameras caught up with Dourdan just moments later, the cop was already walking away from the car -- leaving him with only a warning.