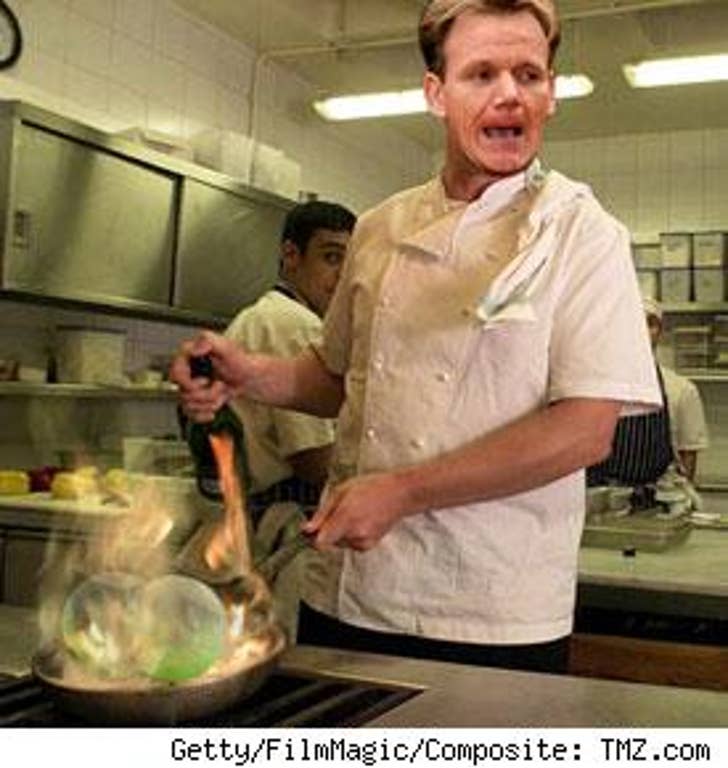 "Hell's Kitchen" host Gordon Ramsay apparently got his twig and berries a little too close to an open flame and burned his nether region, several British tabs are reporting.

Gordon was quoted by The Sun as explaining, "The other day I was standing too close to the stove when I was cooking. I was wearing these cotton trousers and underneath I was going commando, suddenly, I felt this searing heat. I went, 'F**k me, bollocks to that.'" Bollocks, indeed. Ramsay painted an even clearer horrible mental picture by saying, "I burnt my right bollock and I'm in absolute agony ... You wouldn't believe how much this hurts." Not hard to imagine it, really.

Ramsay's rep confirmed that the chef did in fact burn himself, but wouldn't confirm where on his body the burn occurred.