Wardrobe did not order this costume change! 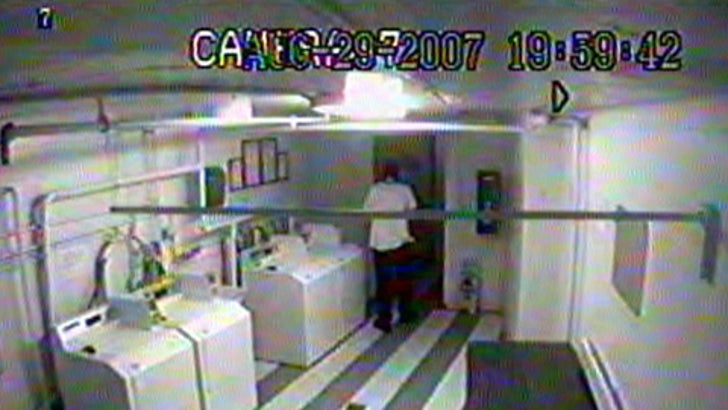 TMZ has obtained surveillance tape of "Pulp Fiction" star Peter Greene slipping on a ski mask and doing some very shady stuff in a parking garage.

The footage,shot on August 29, shows Greene entering a Hollywood apartment building where he once lived, quickly heading downstairs to the laundry room -- and throwing on a black ski mask. Seriously.

With the mask covering his face, Greene, who was recently busted in New York for buying crack, is then seen moving into the parking garage to check out a few of the rides. After scoping the area, he disappears from the range of the cameras, before reappearing on his way out of the building -- without his mask and smoking a cigarette.

The next day, a tenant noticed that his license plate was missing and reported the problem to the building manager-- who recognized Peter on the surveillance tape. Obviously suspicious, the manager called a friend of Greene's who still lives in the building, and threated to contact police if the license wasn't returned.

Two hours after the call, the security cameras caught a mystery woman dropping off a box at the front door of the complex. It's contents: surprise, surprise -- the missing license plate.

TMZ spoke to Green who said the whole thing was a "joke I played on a friend in the building." Too bad the guy whose plate was missing didn't find it funny -- he filed a police report.

By the way, Greene's credits include "Under the Influence," "Scenes of the Crime" and yes, "The Mask." Couldn't make this stuff up folks!