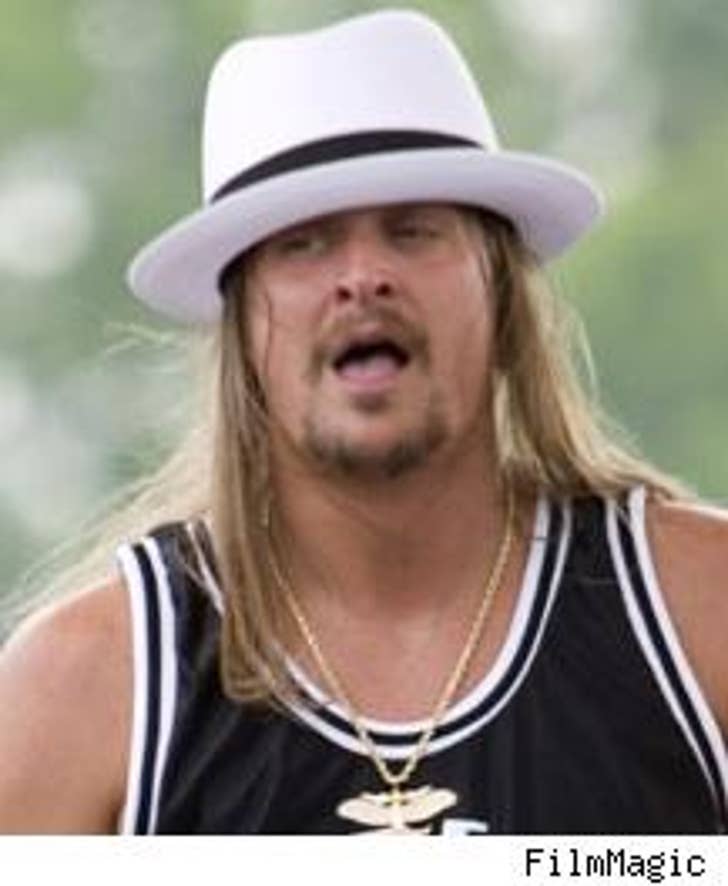 The cops found Kid Rock -- and cited him for misdemeanor battery -- after he allegedly slapped-up fellow Pam-ex Tommy Lee at the MTV VMAs yesterday.

The rap-rocker got the citation from police after they showed up to the Palms Hotel and Casino after 10:00 PM, Officer Bill Cassell tells the AP, and spoke to witnesses including MTV VJ Sway and rap producer Rich Nice. Cops didn't detain Rock, and let him stay for the show after the fight, even though Tommy Lee -- who was on the receiving end of the only blows that landed -- got tossed.

The maximum punishment for misdemeanor battery is six months in jail, but Cassell says that that's unlikely in this case.