Tommy Lee got a beating from Kid Rock at the VMAs Sunday night, but it wasn't the first set of knuckles to connect with the Motley drummer's jaw -- and TMZ has the tape to prove it! 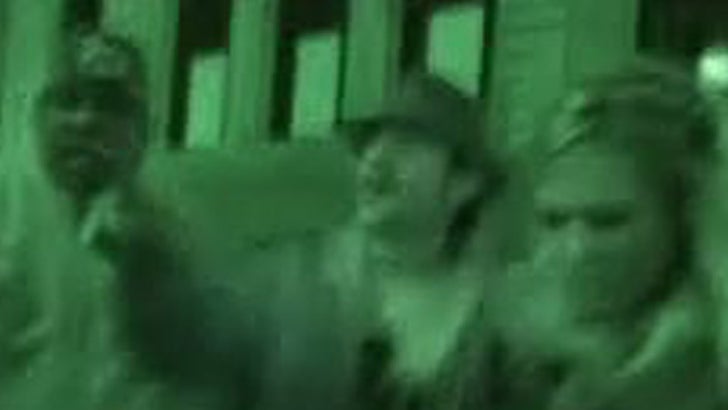 TMZ obtained this violent footage, shot in February 2006 while Lee was in Kid Rock's hometown of Detroit for the Super Bowl. The video shows Lee, in a fedora, on his way into a Super Bowl party -- when a band of thugs begins pushing and shoving -- until one guy throws a punch that hits Tommy square in the mug!

Details on the cause of the punchfest are sketchy, but a source close to the incident tells TMZ that Lee had been bashing Kid Rock on his way into the party, and the local Detroit boys were sticking up for their homie.