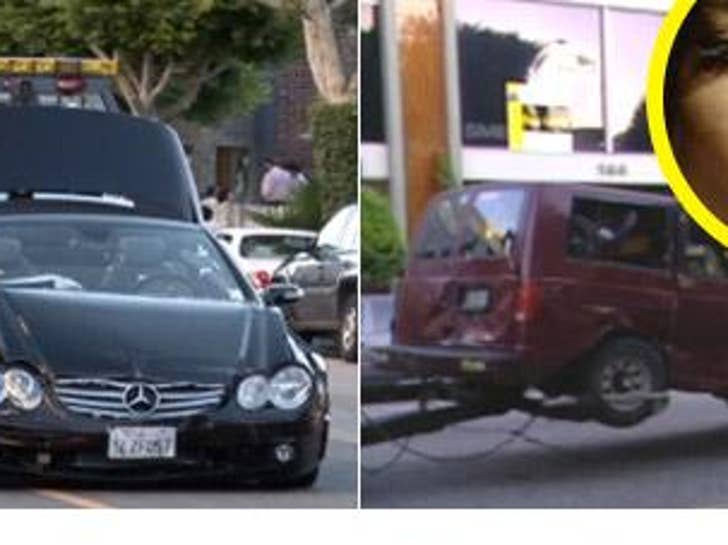 TMZ was in court this morning when L.A. Superior County Judge Michael L. Stern gave busboy Raymundo Ortega the green light to proceed with his civil lawsuit against LiLo. Ortega claims Lohan was driving intoxicated while trying to avoid paparazzi on Robertson Blvd., when her black Mercedes smashed into his van in 2005.

Ortega's attorney, Robert G. Klein, says he spoke to several potential witnesses in the case, including a person who spoke to an employee of the Ivy who allegedly indicated booze was served to a then 19-year-old Lindsay. CHP's investigation concluded that Lohan was not drunk, and found Ortega at fault for making an illegal U-turn. "This is a bogus claim. Mr. Ortega is 100% at fault and Lindsay shouldn't have to pay anything," said Lohan's attorney, David J. Ozeran.

Ortega is seeking compensation for his pain and suffering -- in excess of $200,000, and other damages and medical bills. A jury trial is set to start April 7 of next year.