Limp Bizkit singer Fred Durst was outside the Viper Room on Sunset Blvd. last night, but he wasn't there to party -- he was filming a new project. Whodathunkit?! 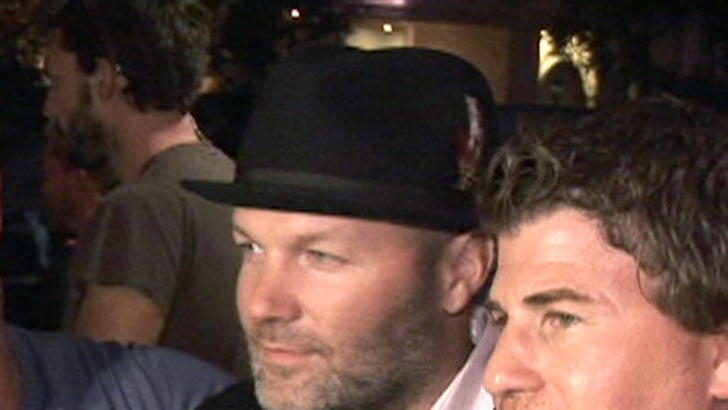 Durst, whose rap/rock career seems to be in the basement, is working on an A&E project which he said was, "a mockumentary." It's being directed by wacky David Arquette. Dave 'n Durst, wearing fearsome fedoras, took a break from filming to pose with an adoring fan ... hold it a second ... that's no fan! That's the older brother from "The Wonder Years!"

If Jason "Wayne" Hervey has a hand in this show, it's bound to be a hit!