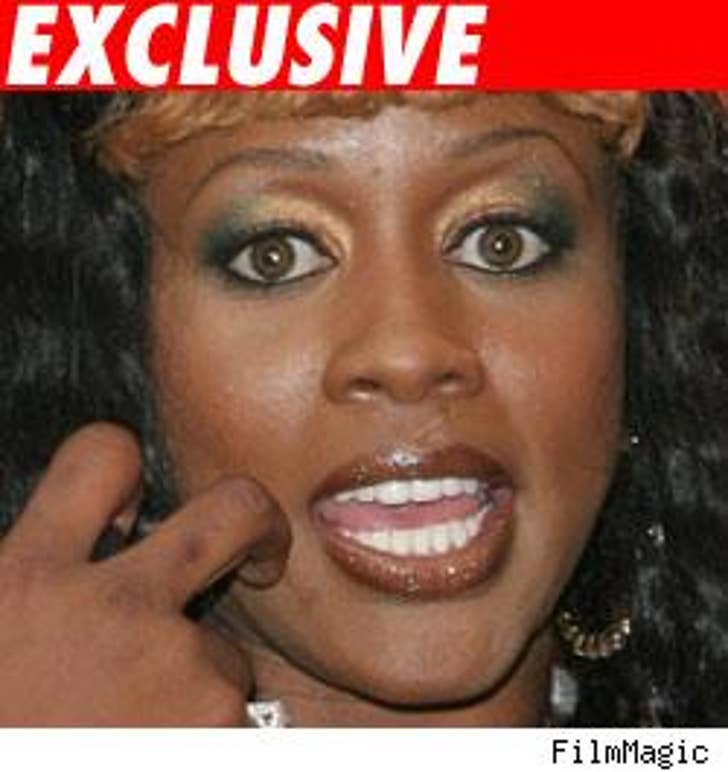 Crazypants rapper Remy Ma is in even deeper legal ma-nure today, after allegedly having her heavies put the beatdown on the boyfriend of a potential witness in her earlier assault case.

TMZ has learned that Remy (real last name Smith) was at Players Club in the Bronx on August 19 when a tussle went down. At the club, Remy saw the boyfriend of a possible witness in her earlier case -- in which she's accused of the July 14 shooting of a friend she accused of stealing $2,000 from her purse -- and allegedly had her posse rough him up, fracturing his face. A friend of the man was also injured, requiring hospitalization for a week.

In addition to the multiple assault and weapons charges she's already facing for the July 14 incident, Manhattan DA spokesman Edison Alban tells TMZ that Ma is now facing charges of gang assault, tampering with a witness, intimidating a victim and third-degree assault. She was released on $250,000 bail, had to hand over her passport, and will be back in court September 20 to review her bail privileges.

UPDATE: TMZ received the following statement from Remy's publicist Duran Brown: "I would like to first point out that Remy Ma's charges have dropped from attempted murder to assault. In light of the most recent allegations, the court has asked for further time to review the new gang assault and tampered witness charges until next Thursday September 20th, 2007. To clarify, the assaulted male is not a witness in this case. To sway public opinion the most recent indictment or "accusation" has been released to the public in faith that it causes doubt of Remy Ma's innocence, rather then highlighting the fact that this case has now turned into an assault plea. Remy Ma maintains her innocence of all charges and will continue to do her best as an entertainer, mother, friend, and entrepreneur for the betterment of her continually successful career."