Looks like Bette Midler gave huffy hubby Martin von Haselberg a little lesson in "Who's the star in this marriage?" 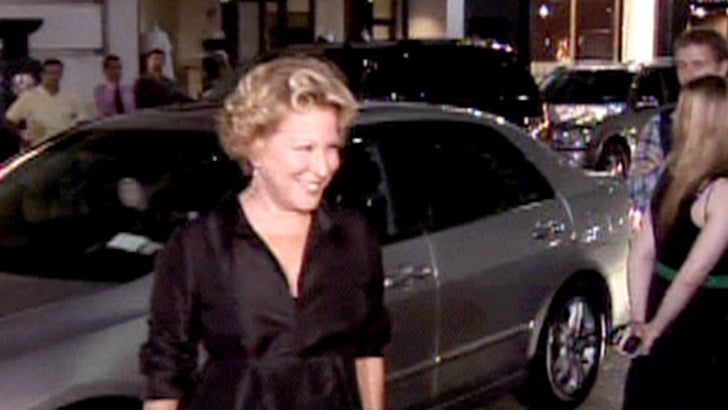 Just a couple days after Marty snapped at a handler who didn't recognize him as Mr. Bette Midler, von Haselberg kept his distance (hiding behind a large bodyguard) as Midler alighted for a show at Mercedes-Benz Fashion Week.

Despite photog pleas for him to get in the shot, von Haselberg -- a performance artist in the brilliant "The Kipper Kids" -- let the divine one do her thing without popping into the shot. Imagine the scenes from that marriage!