Bringing balance to solemnity and ridiculousness yesterday was Brooke Hogan, who was asking for God's help for her brother and John Graziano during one moment, and in the next, asked where Paris Hilton gets her shoes. 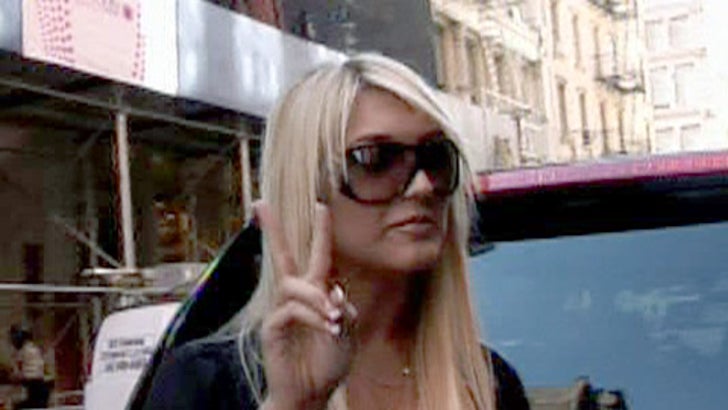 TMZ caught Nick's older sister in Soho last night, where the cleavage-baring Brooke told cameras to "keep praying" for her brother and his friend, who is still in critical condition in a Florida hospital. Moments later, Brookie then had something more exciting to talk about -- shoes! It's hard for a big footed girl to find a decent pair of heels in NYC, so Brooke thought TMZ might know where Paris gets hers.

The cameraman had no clue ... but keep prayin' for Brooke, and maybe she'll find some!