No, he hasn't walked around listlessly on any MTV stages recently -- but Sean & Jayden's daddy did go out to a few Hollywood clubs last night, following in his ex-wife's partying footsteps. 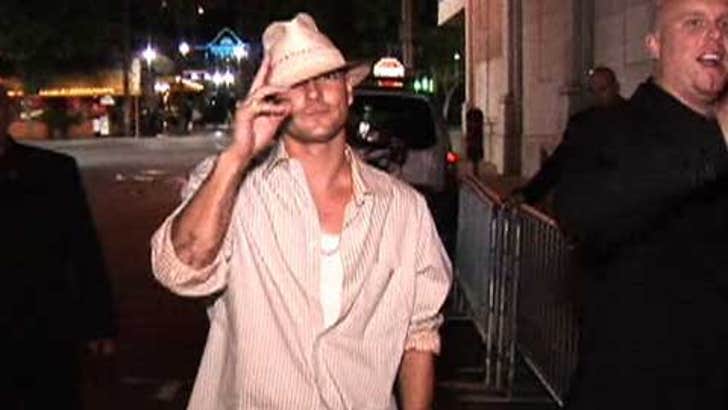 Federline, who wisely -- but unfortunately -- kept his trap shut when asked about Britney, was spotted at both Vice and Opera last night.

Federleezy rode in style -- jetting away from Opera as a passenger in a canary yellow Lamborghini. But not everyone was a fan, as a Team Spears member was overheard screaming, "Why are you such a bitch to Britney?!"