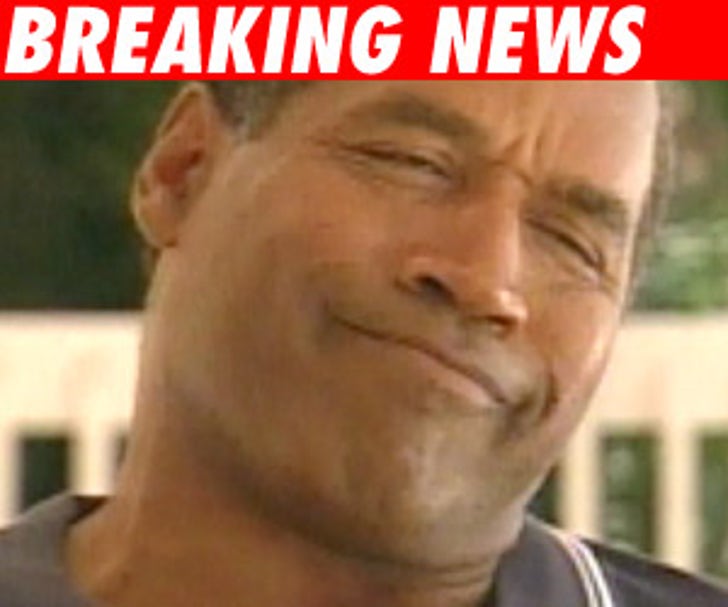 Las Vegas police say O.J. Simpson is a suspect in a Thursday night break-in of a Palace Station hotel room -- involving sports memorabilia. Was Simpson trying to get his #32 jersey back?

The ex-NFL star was supposed to be in Miami today to give a deposition in a bankruptcy case involving his eldest daughter -- but it was canceled because Simpson said he was going out of town.

Las Vegas Metropolitan Police spokesman Jose Montoya said Simpson was released, and is believed to still be in Sin City.