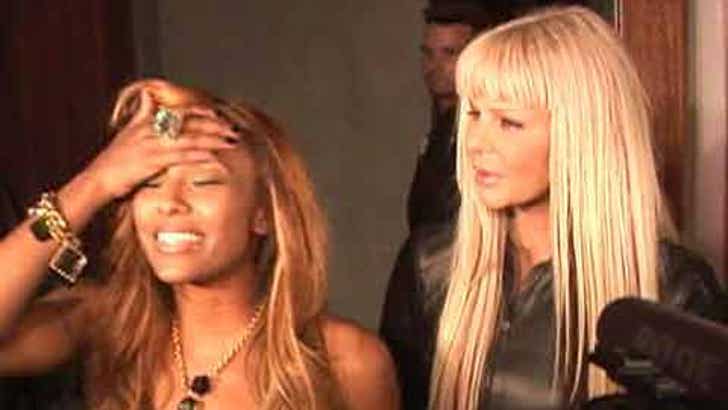 Former Playboy model Nicole Narain, lookin' like a sure thing in a barely there gold top, was spotted outside both Opera and Vice last night -- the same watering holes hit up by K-Fed. PEOPLE reports, "They were dancing, she had her arms on his shoulder, she was clearly making advances" at Vice, and they met up again at Opera.

Things only got worse from there for Narain, with TMZ cameras catching her stumbling out of Opera, saying, "Where's the limo! I have a limo." A couple bouncers then escorted Narain to the front exit -- where her chariot was waiting -- a yellow checkered chariot. Double downgrade!