Holy pseudo-gay Senator, Batman! The law has found an unlikely new ally to help ferret out the wide-sitting, right wing, stall-sex searchers of the world -- the Hoodied Crusader! It's none other than wah-pedalling weirdo, John Mayer. 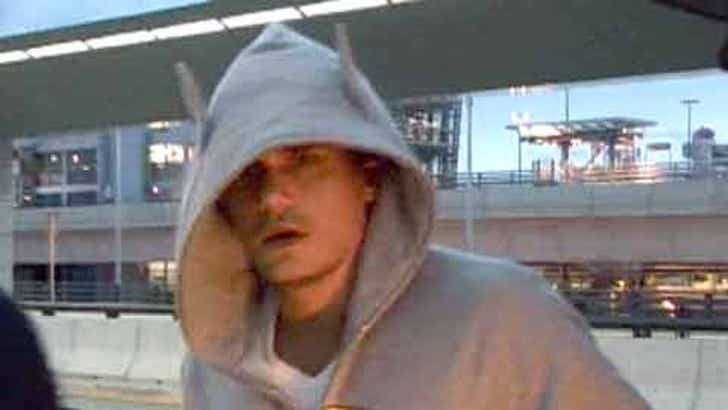 TMZ cameras caught Mayer emerging from his BatSUV with his BatAxe slung across his back at New York's JFK airport. When asked if he was flying off to work his day job, John told us, "Nah, just going for some bathroom sex."

Looks as though Mayer's fleet fingers might see more action than just the fretboard.