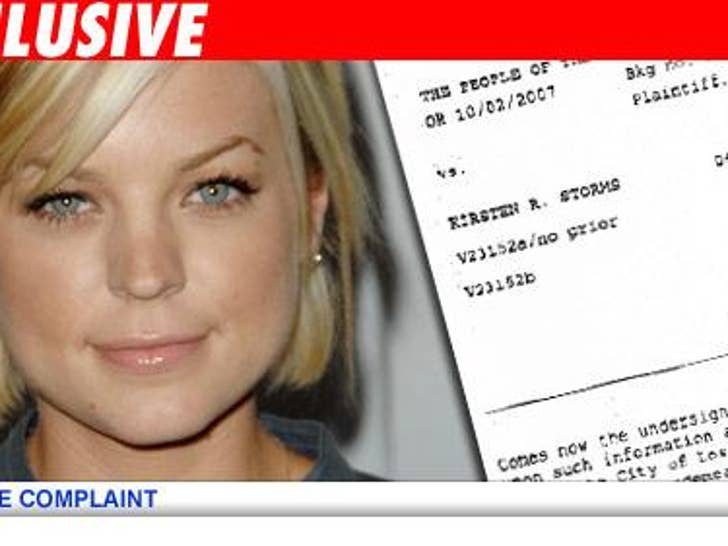 Kirsten Storms, who plays Maxie Jones on "General Hospital," has been officially been charged with two counts of driving under the influence. 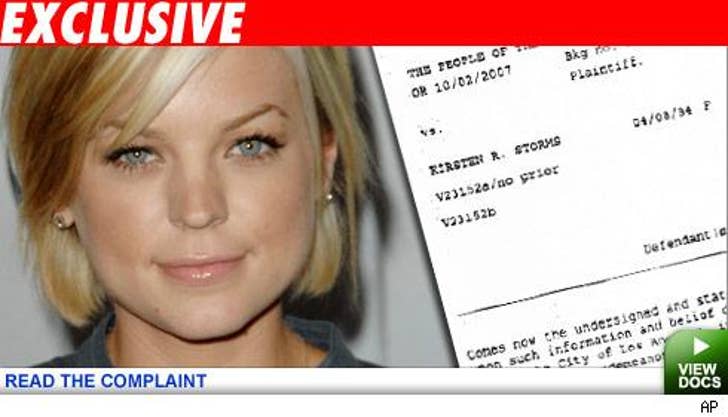 Storms was arrested on September 7 while driving on an L.A. freeway. A CHP officer says he saw her toss a lit cigarette out the window of her Mercedes and pulled her over. According to the police report, officers "noticed the odor of an alcoholic beverage emitting from the vehicle." After several sobriety tests, she was arrested for DUI. Law enforcement sources tell us she blew a .13.

Kirsten will be in court to face the music on October 2.