O.J. Simpson's sister and girlfriend stopped in to the Las Vegas Detention Center last night to visit -- but they had to go to the videotape to check on him. 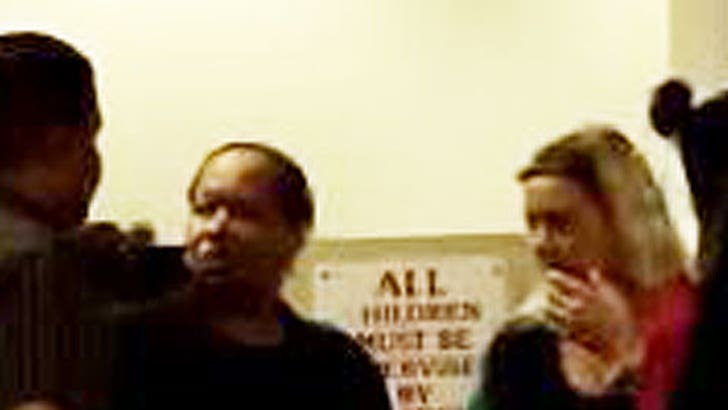 TMZ filmed Shirley Simpson-Baker and Christie Prody as they sat at a cubicle inside the facility, talking to O.J. via video, though never actually seeing him in person. Prody, who bears an eerie resemblance to Nicole Brown Simpson, appeared very uncomfortable with all the media attention outside the facility.

The cubicles in the Detention Center are numbered -- and guess where Simpson's girlfriend and sister were seated? That's right -- #32. Coincidence?