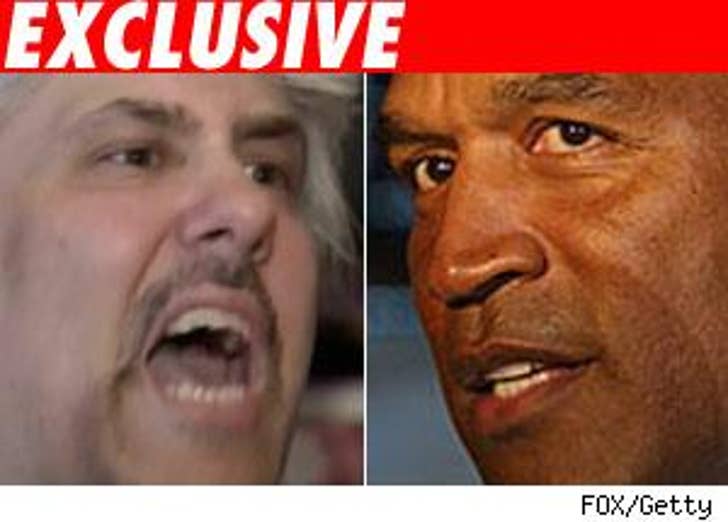 Las Vegas authorities do not have the audio tape of the confrontation that led to Simpson's arrest, but it's coming soon.

Thomas Riccio, an auctioneer who recorded the tape, tells TMZ that last night, his lawyer negotiated immunity with the Las Vegas District Attorney. Riccio's lawyer wanted to make sure his client would not be prosecuted as part of the team that allegedly robbed two men.

Riccio recorded 20 hours of tape, including conversations with Simpson, as well as interviews with cops after the incident. Riccio's lawyer wanted to make sure the D.A. would not go after Riccio for possible illegal recording, though Riccio says nothing was illegally recorded.

As to whether O.J. knew he was being recorded, we now have an answer. He didn't. Riccio did it of his own accord, placing the recorder on a piece of furniture when it all went down.

Riccio says the initial plan of confronting Alfred Beardsley, a sports memorabilia dealer, was hatched by O.J. and he simply went along with it. Riccio says the plan was to create a phantom buyer of Simpson memorabilia, enter the room and give Beardsley two options -- either return the goods to Simpson or O.J. would call the cops. Riccio says he was stunned that it went down differently.

Riccio says when his lawyer gets written confirmation of the immunity deal, he'll pop the entire 20 hours of conversation in a FedEx box, probably sometime today.