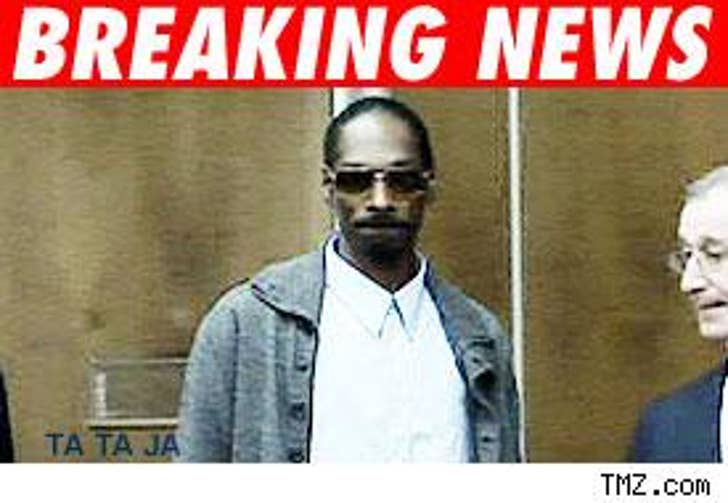 Snoop Dogg is in an Orange County Courtroom and has just plead guilty to one count of felony possession of a deadly weapon. The rapper escaped spending time in the big house.

TMZ was in court as The Doggfather took a deal that landed him 160 hours of community service, in a location that does not involve children, games or football. The deal will keep him out of jail as long as he completes the terms. He also got 3 years of informal probation. He must also make a $10,000 contribution to a charity called "Right Trak."

Snoop will be eligible (in one year) to reduce his felony to a misdemeanor -- pending completion of his service.

Snoop was arrested at John Wayne Airport for trying enter a terminal with a collapsible baton in his luggage.