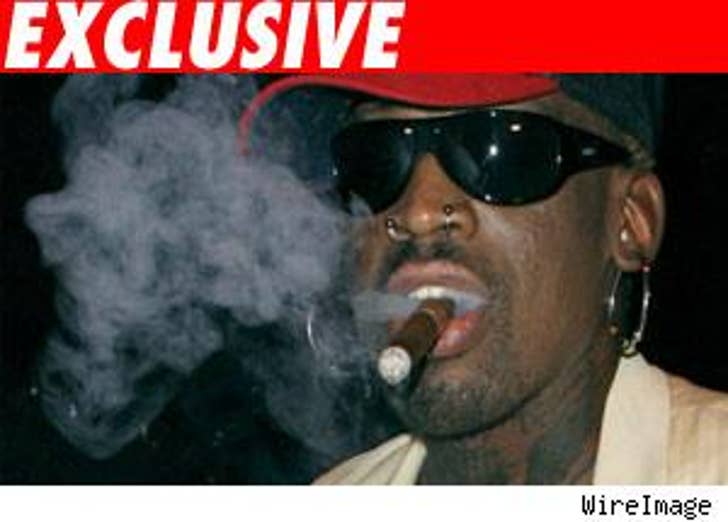 UPDATE: Rodman's rep Darren Prince just issued the following statement to TMZ: That is just another woman trying to extort money out of Dennis, and I am sure the situation will work itself out in Dennis' favor."

Dennis Rodman is in trouble with the law again, this time for allegedly smacking the ass of a female bar hopper.

TMZ has learned the Orange County Sheriff's Department is investigating the incident, which allegedly took place at Hennessy's Tavern in Dana Point, near Laguna Beach. One source says the ex-basketball star allegedly slapped the woman's rear so hard, it left a "major mark."

Jim Amormino, a spokesperson for the O.C. Sheriff, told TMZ, "Officers did respond to an incident involving a man and a woman. A police report was taken, and is currently with the sex crime unit of the Sheriff's department."