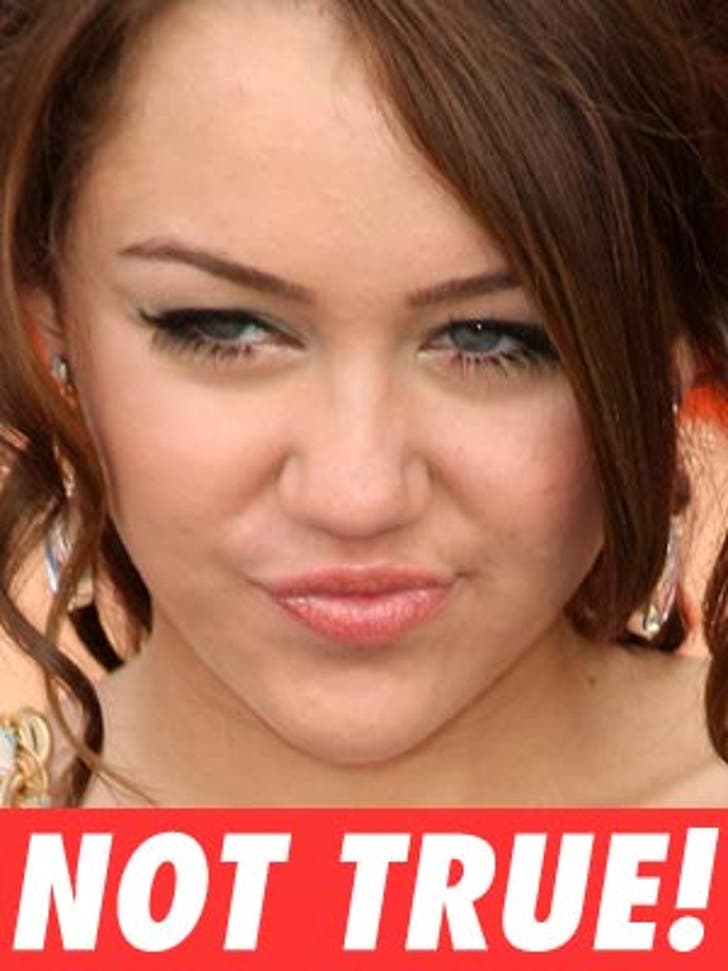 Hold on to your Duff Stuff! TMZ has learned that Miley Cyrus is NOT pregnant ... whew!

A vicious rumor is burning up the Internet, saying that Cyrus, the 14-year-old star of the Disney Channel mega hit "Hannah Montana," supposedly told teen zine J-14, "I'm going to take good care of my baby. I've already gained 7 pounds. I was in real shock when it happened accidentally. I went a little too far. I'm sorry to all of my fans."

Not true, says Cyrus' rep, who told TMZ, "The story is a complete fabrication. Someone mocked up a fake J-14 article." For their part, J-14 posted this statement on their Web site: "Despite Internet rumors, J-14 NEVER reported that Miley Cyrus was pregnant. Someone doctored the 'This Just In' article that appeared on page 16 of J-14's July 2007 issue, where a few of Miley's Hannah Montana co-stars talked about her gross habits. Miley is an intelligent, respectable role model for young girls, and the editors of J-14 pride themselves on presenting our readers with credible stories and information."

You can sleep at night, kiddies!