Another night in Hollywood, another clueless drunk chick ready to embarrass herself on camera. 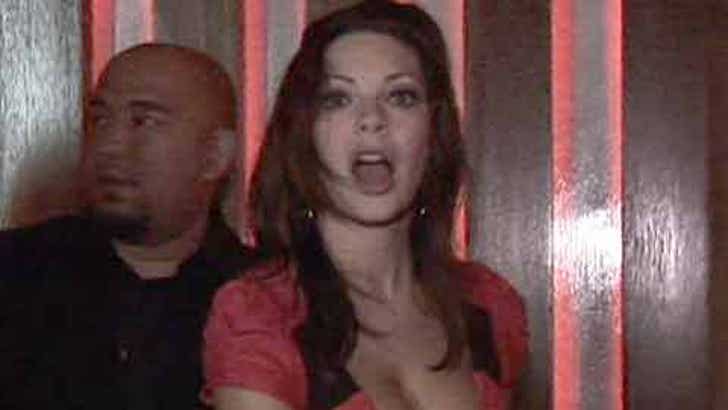 TMZ was outside of Crimson last night, where one fantastically chested female got the boot for drinking too much. Slurring her every word, homegirl tried to prove she was sober -- she wasn't successful.

After attempting to run back into the club a few times, one of her buddies threw her in a taxi, where she proceeded to cuss out our cameraman and punish him in the worst way possible -- by flashing her incredible cleavage. The horror!