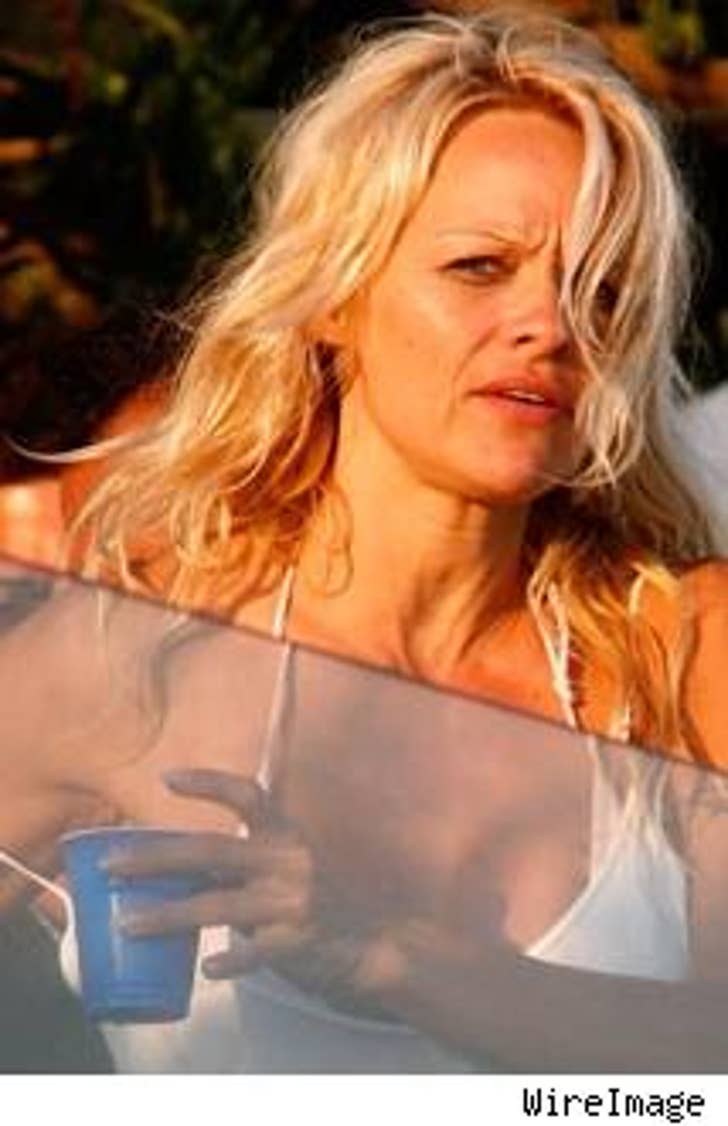 Friends of booblicious Baywatch star Pam Anderson are concerned over her hard-partying ways. A source told Page Six, "She parties almost every night...and she's got Hepatitis C. Her liver is shot but she keeps living this crazy lifestyle. We don't think she understands how serious this is. She has two kids and may not be around to see them grow up at this rate.

Heidi: I'd Rather Die Than Be Flat-Chested 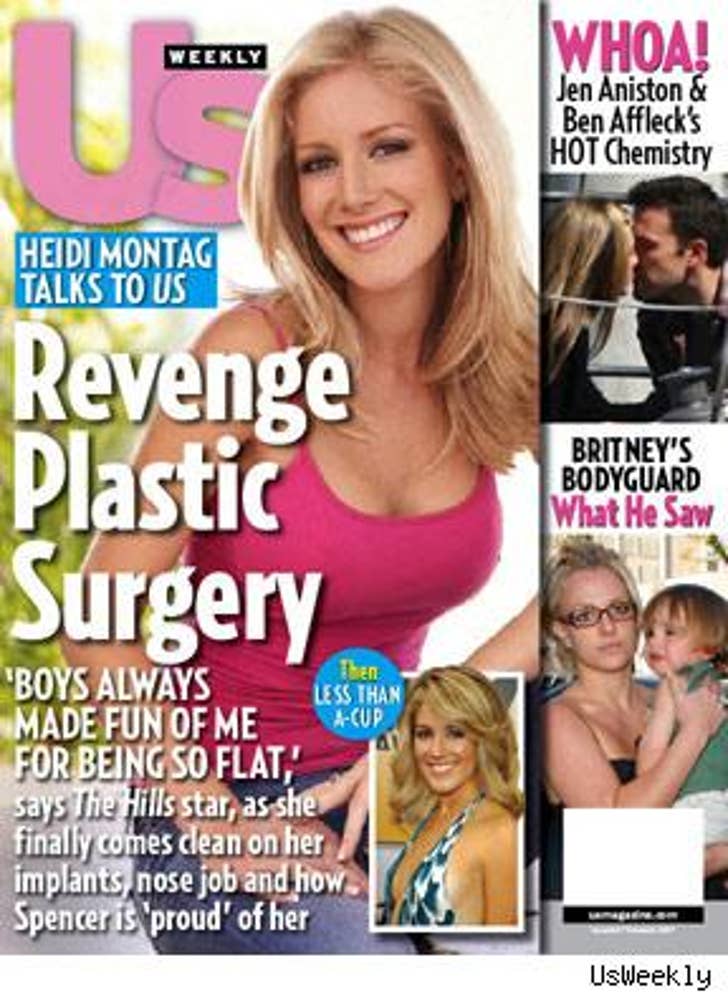 Did she or didn't she? The blonde frenemy of Lauren Conrad has finally come clean about the pair of large pillows she's now sporting on her chest. The 21-year-old fiance/pawn of "Hills" mimbo Spencer Pratt admits to Us Weekly that yes, her breasts have been surgically enhanced.

Despite rumors, Heidi swears it was her idea, not scurrilous Spencer's, to get cosmetic surgery. "He said, 'maybe you should think about it a lot longer."

But Heidi wanted surgery -- more than life. "Right before I went in, I was like, What if I don't wake up? Oh, this is scary. Then I thought, I don't care. If I don't wake up, it's worth it. I just wanted it so badly."

More Confessions from a Video Vixen

Karrine Steffans, the woman behind "Confessions of a Video Vixen," has a new book out, chock full with salacious new stories of her sexy romps.

"The Vixen Diaries" is billed as a self-help book but still mentions her time with actors and musicians like Jamie Foxx, Bobby Brown and Bill Maher. And she puts to rest the rumors that she split up Halle Berry and Eric Benet and Chris and Malaak Rock.

Reports the Daily News, she calls Maher "the love of my life," and dedicates the book to him.

Why, we're not sure, but the Meg White sex tape rumor that burned up the Internet -- and that we debunked yesterday -- was started by an Internet poster called Itsmecraig on a thread at Hipinion, reports the Daily Swarm. ... Jessica Biel's busy battling groupie fans off boyfriend Justin Timberlake, and that might just be the perfect practice she needs to play Wonderwoman in the upcoming film, "Justice League of America." People reports that the buxom Biel is in talks to star as the superhero in the upcoming film.