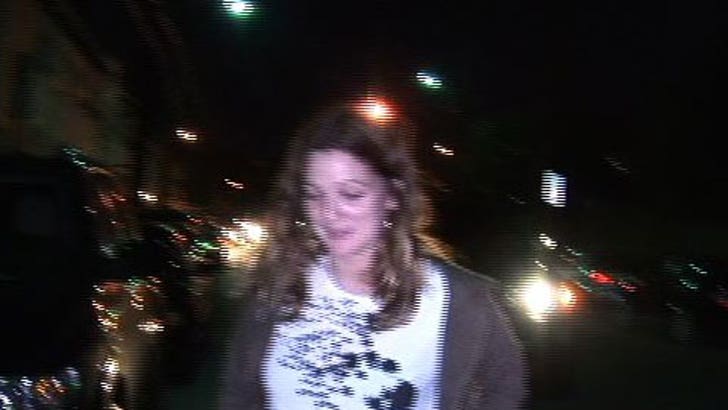 TMZ spotted Charlie's angel coming out of ancient Hollywood hangout, the Formosa Cafe in Hollywood, where instead of running from our camera, Drew was all smiles and accommodated paps.

Barrymore drew the line when our photog asked how her car got banged up. She joked, "Yeah, this is where I'll discuss it."