The fights at Les Deux are back! But instead of the usual drunk chicks -- now D-List celebs are getting in on the action! 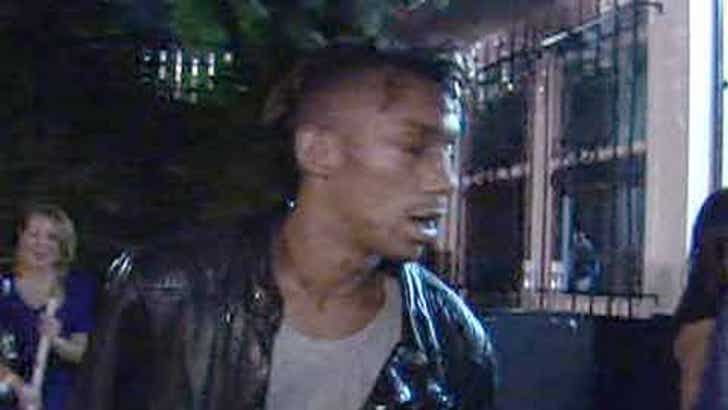 TMZ was outside the club in the often volatile parking lot, where British rapper Tricky joined in the Thunderdome-like action as a messy fight broke out.

Tricky stayed toward the fringes of the fight, then had to be held back when a foe with a bloody nose kept charging at him. When asked after the brawl what happened, one of Tricky's friends said, "We got jumped!"

Knocker Out! Catfight at Les Deux