TMZ's eye is all over Hollywood, and last night, "Entourage" actor Rex Lee's publicist made sure Rex would make no mistakes. 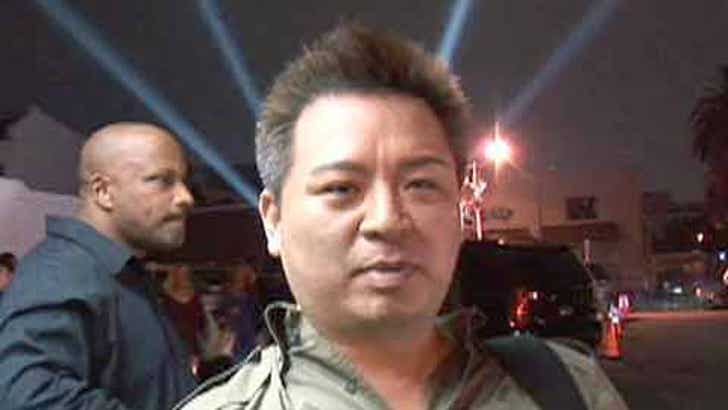 Rex attended the Freedom United Launch Party at Les Deux last night, and reminisced about his first experience last year on the catwalk -- when he wore a "jock strap" and women "smacked" him. When TMZ asked who Rex would like to see in a sex tape, his publicist shut his lips, saying, "I'll take you (Rex) out, and I'll take your camera (TMZ) out too. Justin Timberlake style."