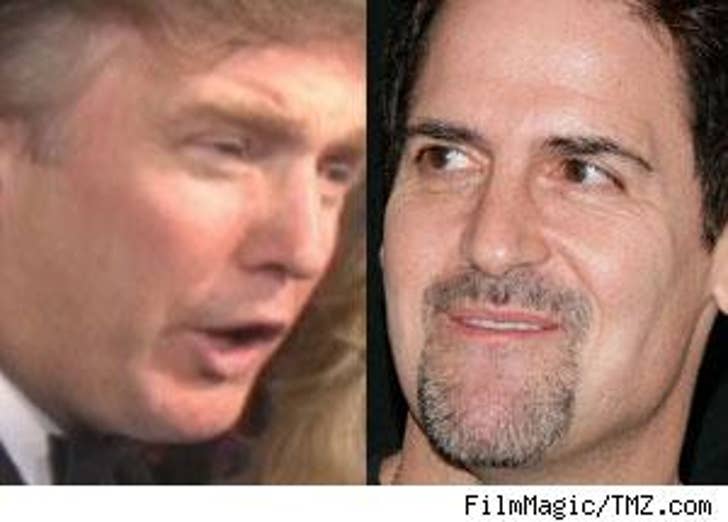 The never-ending battle of words between boisterous billionaires Donald Trump and Mark Cuban has shifted from the topic of Dan Rather to Internet spam. Ooooh, burn!

The feud began this week when Trump called Dan Rather "a loser." Rather, who is currently suing former employer CBS, now works for Cuban's HDNet. Cuban didn't take too kindly to that, telling "Access Hollywood" that Trump "is a first-class idiot!" To which Trump retorted to Page Six, "Mark is a total loser."

Now Cuban is firing back, telling TMZ, "Has [Trump] ever hired anyone who went to Trump University, or is Trump University just a good excuse to be one of the biggest Internet spammers in America?" Oh snap! He told him!