Beware of comedian Sarah Silverman -- get too close to her, and you may well find your nipples twisted and bruised! Such was the fate of our unlucky cameraman, who ran into Sarah in Soho yesterday. 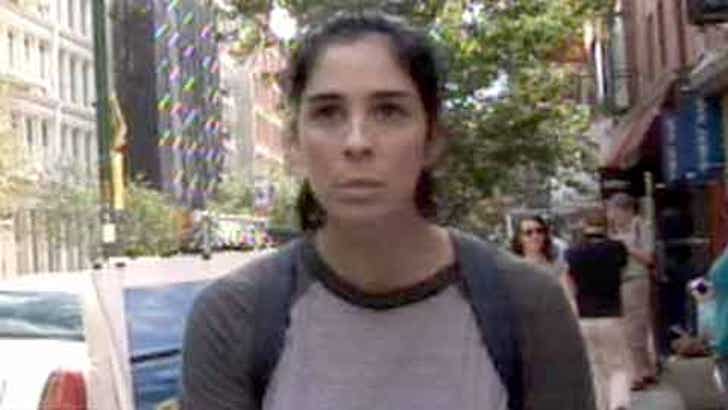 While answering questions about her career and O.J., she had a flash of inspiration -- deciding to turn our guy's headlights too bright. He reports lingering tenderness and post titmatic stress.

Later, she was asked which stars she'd like to see in a sex tape. Sarah revealed her necrophiliac side, saying that she's dying to see the late Ruth Gordon (Maude of "Harold and Maude") get it on with Harvey Korman of "The Carol Burnett Show" and "Blazing Saddles." Now that's an adorable mistake.