TMZ caught up with half of U2 over the weekend, and we may have gotten the scoop as to why the band hasn't produced a new album since 2004's "How to Dismantle an Atomic Bomb." Bono's terse but perfectly rational answer: "Edge has got to restring his guitars." 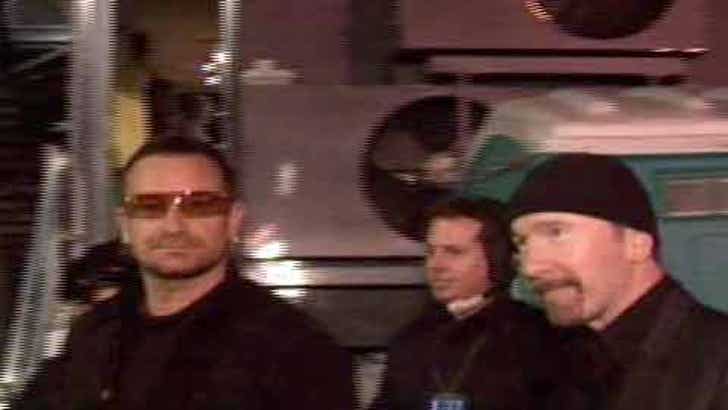 Judging from the rather giddy laughter that followed his answer, it's also possible that Bono was just joking, or speaking some wink-winky language only understood by Irish musicians.

As ever, The Edge -- David Howell Evans himself -- who joined Bono at the Clinton Global Initiative event, had very little to say about the matter.