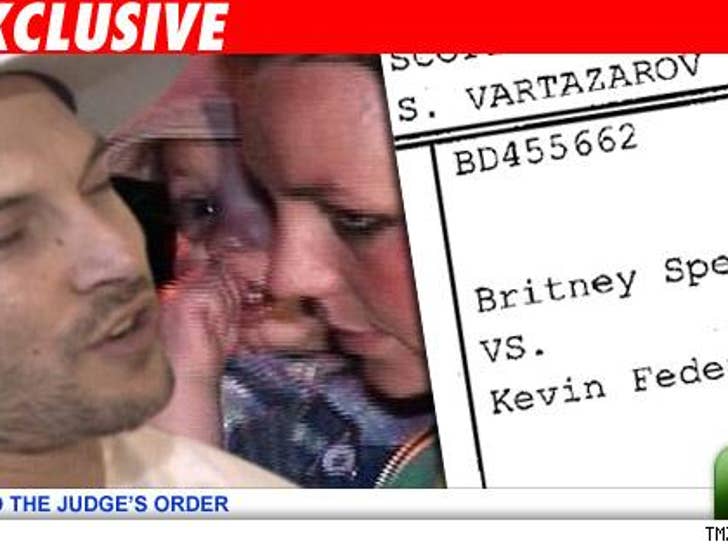 The Commissioner in the Britney Spears custody case has written his order giving a blow-by-blow account of what went down in the case. 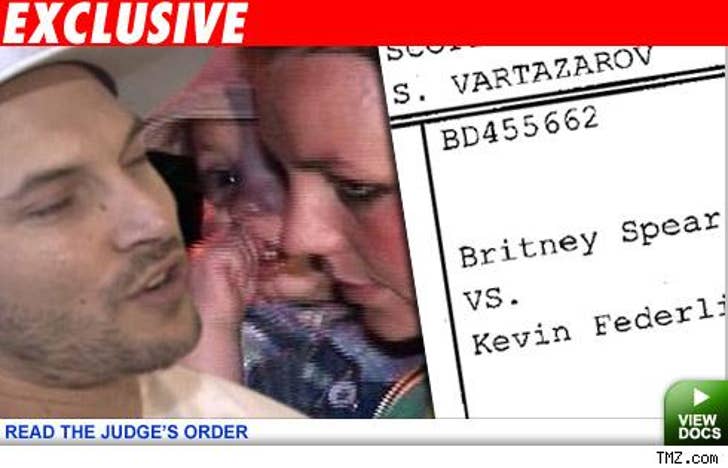 Commissioner Scott Gordon ruled that Spears "was not in substantial compliance with material provisions of the Court's September 17, 2007 order." He then continues.

Gordon ruled "the minor children shall remain in the custody of [K-Fed] with the exception of those specific dates and times [visitation]." He also ruled all of Brit's visitation must be monitored.

Gordon said Britney "is ordered to undergo testing for the use of controlled substances and alcohol," something he required in a previous order. As we first reported, Spears did not submit to drug tests as required by the Court. Gordon now says "... refusal to submit to a test ... shall be deemed by the Court as a failed test."

She's also required to undergo "individual counseling" at least once a week as required by Gordon last month and must also meet with a parenting coach so they can "observe [her] interaction with the minor children and her parenting skills."

And as we first reported, both Britney and K-Fed are required to appear in court on October 26.