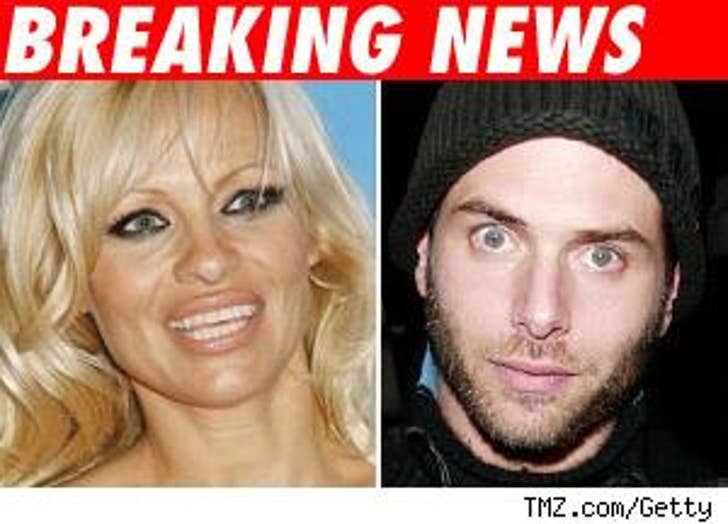 Sources tell TMZ that the Planet Hollywood Casino in Vegas is planning to pass out free champagne on the casino floor to toast serial knot-tiers Pamela Anderson and Rick Salomon -- as both will be saying "I do" tonight for the third time.

Hopefully the two sex tape stars (she did Tommy Lee, he did "One Night in Paris") won't film themselves consummating the marriage ... or hopefully they will.