Halle Berry, four months pregnant, is endlessly kind to fans and lensmen, but that wasn't enough for some paps the other night. 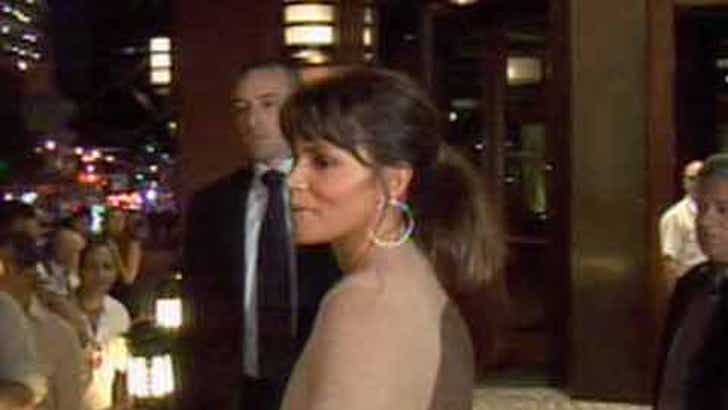 Halle hurried up to the Tribeca Grand Hotel on Saturday night for a private screening of her new film, "Things We Lost in the Fire," and though she made a cheerful entrance (unlike, say, Rihanna), obliging the snappers and a few fans, she was roundly booed when she had to stop to go into the screening. A few miscreants even yelled it, "You suck." Nice guys!

Proving her goodwill later, the Oscar winner took pictures with admirers, despite the late-ish hour -- and her condition.