"Knocked Up" star Seth Rogen knows where all the cash that the autographerazzi get for his signature goes -- and it isn't to him. 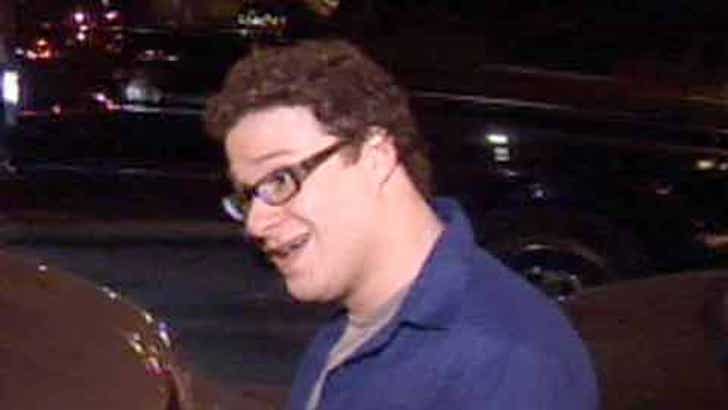 Seth strolled up to the after party at Compass for "Saturday Night Live," which he'd just hosted, and after directing the snappers to his dad, signed some pictures. "I'll make this out to eBay," joked Rogen, who quickly dashed off, as he put it, to "go in and get drunk."

His drinkin' buddies? Among others, Rogen's pop Mark and director-writer Judd Apatow, along with all his new "SNL" pals.