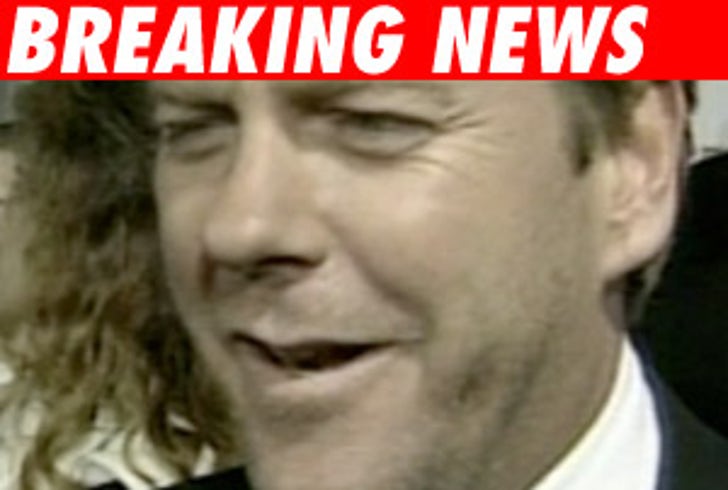 Kiefer Sutherland has just copped a plea in his DUI case.

Sutherland did not appear, however -- his high-powered lawyer, Blair Berk, showed up in downtown L.A. and entered a no contest plea to one count of DUI -- driving with a .08 or higher.

This is Kiefer's second DUI conviction. Back in 2004, he pled no contest to driving with a .22 blood alcohol level and was sentenced to five years probation. Today's plea means Kiefer violated probation and could be sentenced to a year-and-a-half in the slammer.

Get this -- the judge who was supposed to hear the case was Michael Sauer, the same judge who nailed Paris Hilton. Sauer was on vacation today and the ever-wise Berk was able to get the case transferred to Judge Stuart Rice.

Kiefer has been ordered not to drive between November 9 and the December hearing.