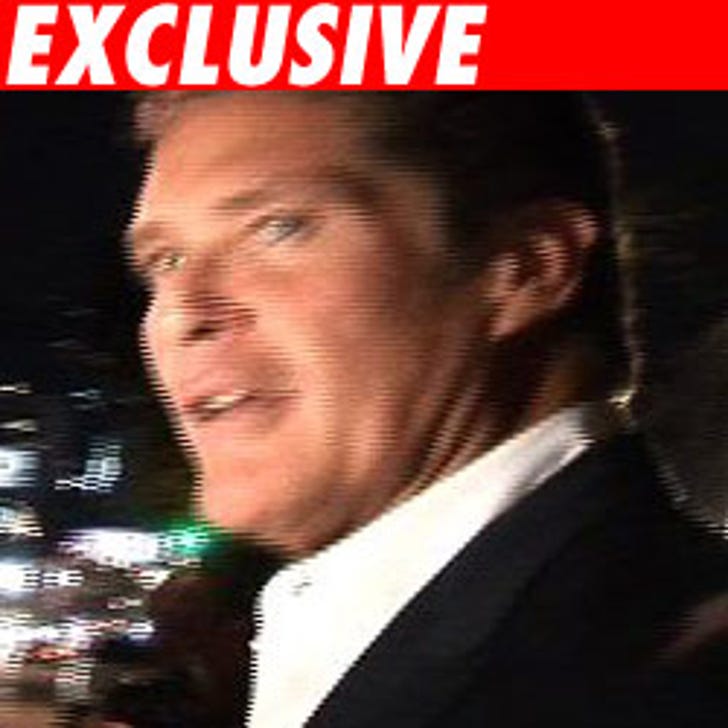 TMZ has learned David Hasselhoff was admitted to the hospital for alcohol poisoning.

Sources tell us David checked himself into Cedars-Sinai Hospital in L.A. after a binge. It was a stark contrast from what we saw last Thursday, when Hoff had a night out with daughter Hayley at Koi restaurant. Hasselhoff looked great. But things changed dramatically afterward.

No word on how the latest lapse will affect custody. A judge awarded physical custody of the kids to Hoff, but we're told for the last five weeks they've been living pretty much full-time with David's ex, Pamela Bach, while he was in Europe shooting "Anaconda 3." We're told he had "infrequent contact" with his daughters, something Hoff's people dispute. We're told Hoff has tried to keep contact at a minimum with Pam while the parties try to hammer out a property settlement.

As for how Hoff is doing, his rep says he checked out of the hospital and he's fine.

David and Pam are due back in mediation tomorrow.