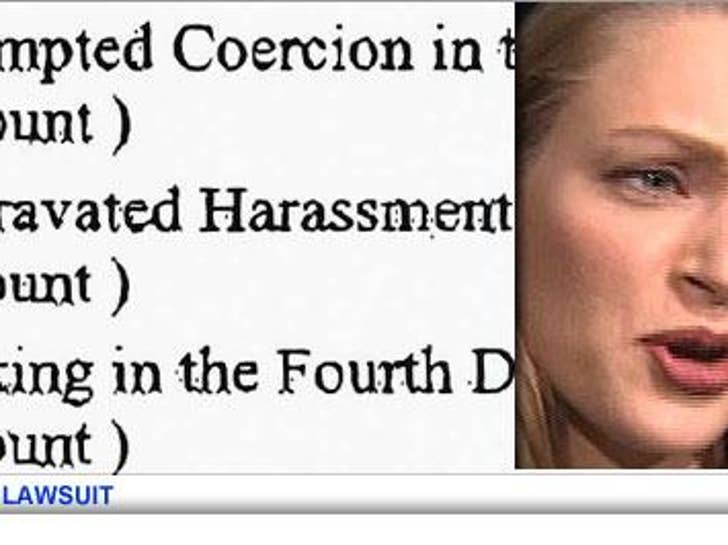 A crazed Uma Thurman stalker who threatened to kill himself if Uma dated another man, and who tried to invade her trailer on a film set, has been nabbed by the NYPD. 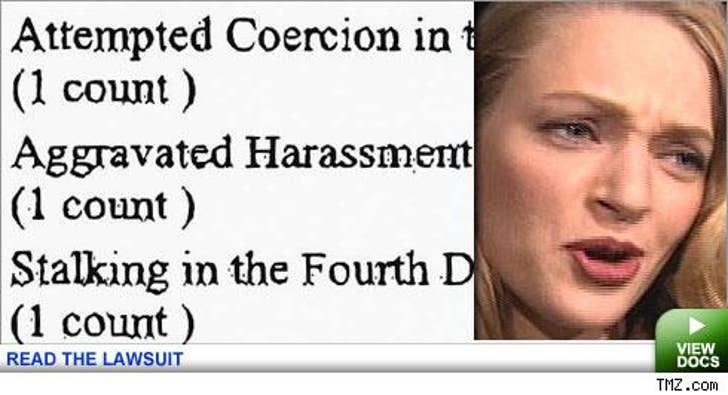 In the criminal complaint obtained by TMZ, Jack Jordan is accused of some seriously bizarre behavior over the past two years, including giving her a cartoon drawing of himself "walking along the edge of a razor blade" -- while Uma digs a grave for him. The complaint also says that in one letter (of many) Jordan wrote, he threatened, "I feel afraid that if I see you out again with another man, I will want to kill myself, maybe even after we meet."

What's more, according to the complaint, Jordan "has been sleeping in his car on [Thurman's] block" and claims to have been "in love" with Uma "for many years" and that they are "fated to be together." Jordan's behavior was so severe that his own family had him committed to a mental institution, which he left this summer, only to return to his Uma-prowling ways, including sleeping in a car on her Manhattan block. Jordan's arrest last Friday was first reported by the New York Post.

Jordan is being charged with stalking, aggravated harassment and attempted coercion, and is being held on $10,000 bail. His lawyer could not be reached for comment.