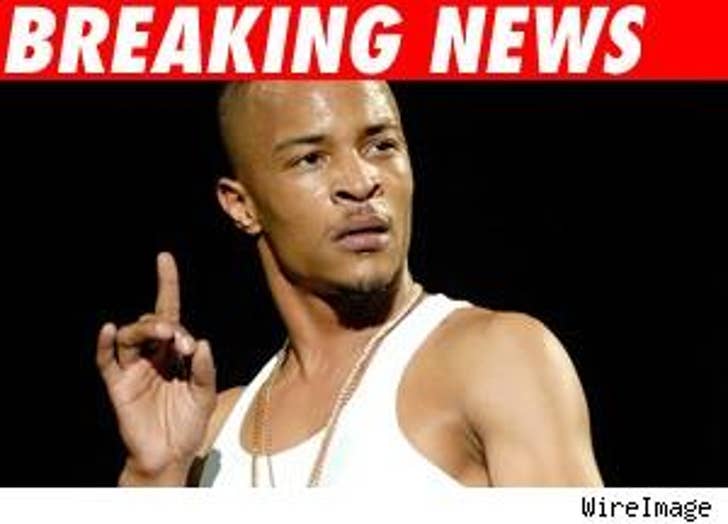 The Bureau of Alcohol, Tobacco, Firearms, and Explosives (ATF) arrested rapper T.I. in Atlanta today on multiple weapons charges, after they say he had a bodyguard try to buy machine guns and silencers for him.

According to the Feds, T.I,, whose real name is Clifford Harris, was busted after they learned one of his bodyguards was allegedly trying to purchase machine guns for the musician. Authorities say the bodyguard admitted to purchasing about nine firearms for T.I. in the past and about 17 firearms for other people in the musician's posse on previous occasions. The bodyguard claims the rapper gave him cash to purchase the guns, because T.I., as a convicted felon, was not able to legally buy firearms. The bodyguard was arrested last week trying to buy several guns. After his arrest, the bodyguard agreed to cooperate with authorities -- that cooperation led to today's arrest.

Click here to read the complete statement from the Department of Justice.