Smackdown? What smackdown? Sources tell TMZ that P. Diddy and Steven Acevedo -- that guy he supposedly slugged last Saturday -- have actually been friends for 13 years, and that they worked out their differences last night, sitting at the same table at Butter! What's more, their little dust-up definitely wasn't over a woman, we've learned. 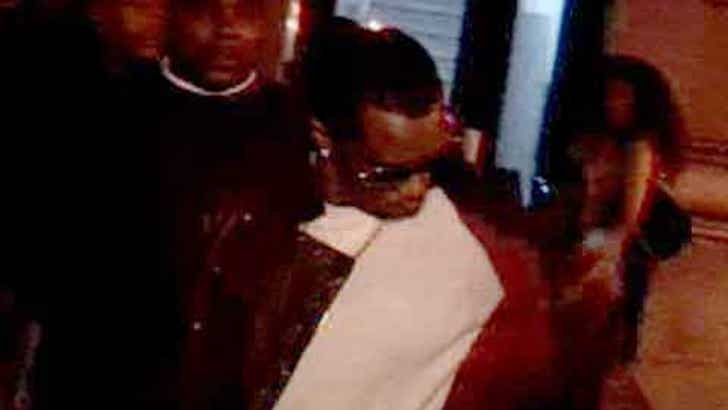 Our cameras caught Diddy and Acevedo as they left the club -- just ten minutes after each other -- and neither of them would talk about what, if anything, transpired. Acevedo, for his part, seemed a little stunned by all the sudden attention; one of his friends urged him to get into a car before more questions were asked.

Though multiple sources suggested that Diddy might turn himself in to the law today, his big-shot attorney, Benjamin Brafman, said in a statement that Diddy "is not going to be arrested today. We are hopeful that this matter will be resolved without the filing of any criminal charges as this was a disagreement among acquaintances, not a criminal assault."