Very rarely does a big star go on a cushy morning chat show and get asked the kind of question we all want to hear. But it happened to Josh Hartnett this morning -- much to his surprise -- when they hit him with Rihanna! 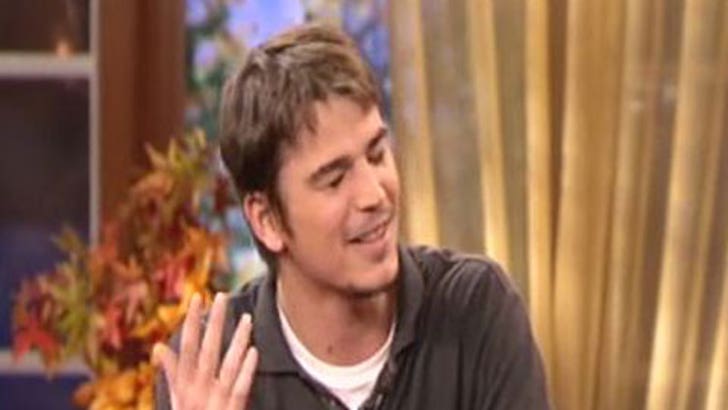 Josh was a guest on "The Morning Show with Mike and Juliet" to talk about his new movie, "30 Days of Night." But Mike and Juliet, like the rest of America, weren't as interested in the move -- as they were in rumors about Josh Hartnett "kissing on" Rihanna. Now we're talking!

After stammering for a few seconds, Hartnett managed to utter, "We weren't supposed to talk about these things, were we?" No, they weren't -- and that's why TMZ salutes Mike and Juliet! It's good to see someone else asking the hard-hitting questions!