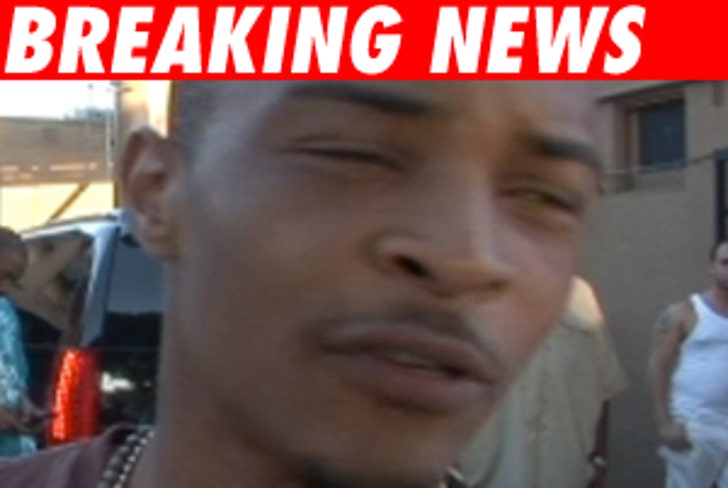 UPDATE: A judge has just denied T.I. any immediate release on bond, the Atlanta Journal-Constitution reports. He will remain in jail on weapons charges for at least another week.

Lawyers for rapper T.I. asked a federal judge to release him on $2.2 million bond and allow him to have monitored home confinement while he awaits trial on weapons charges.

His defense attorney even suggested putting someone in T.I.'s home 24 hours a day so they can monitor his activities. Do not disturb!

27-year-old T.I., whose real name is Clifford Harris, would also have to submit to electronic monitoring. Only visitors on a pre-approved list would be able to enter the house. He would also have to surrender his passport and his right to drive, and must submit to random searches of his house and random drug tests.

We're told several record company execs, including some from his label, Atlantic Records, were seated in the courtroom for today's hearing. Court officials told the AP that the label bigwigs said they were prepared to help bail him out if necessary.

Prosecutors claim T.I. is a flight risk and a danger to the community because of his past criminal history and because he was arrested while allegedly trying to buy machine guns and silencers.

T.I. was arrested last weekend, after Feds say he tried to have his bodyguard purchase machine guns and silencers for him. If convicted, he faces up to 10 years in prison and a $250,000 fine for each count.