Sean "Diddy" Combs was served papers on Friday night in that fat lawsuit claiming that he had his bodyguards rough-up a New York promoter -- and TMZ was right there to catch the hand-off. 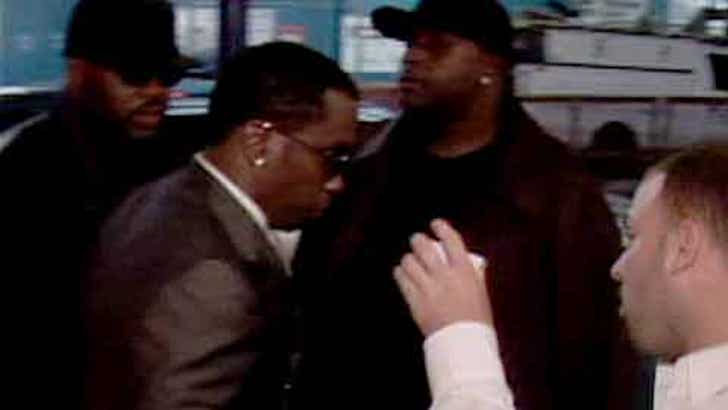 Diddy was walking into his flagship store in New York City for a launch party celebrating his new Sean John women's line. As Diddy was being served, his bodyguards smacked the papers to the ground while Diddy stormed inside.

Eventually, one of Diddy's guys returned to retrieve the papers -- but chased the process server off the premises.

The man who filed the suit, James Waldon, claims he tried to approach Diddy last June at his booth inside a club, but Diddy signaled for his men to "forcibly remove" Waldon from the area. Waldon claims he suffered "bruises, contusions, lacerations ... and injuries to his mouth and his teeth," and is suing Diddy and his entourage for $5 million.

Be sure to tune in to TMZ TV on Monday to see the video of the whole thing going down.