Jermaine Jackson and ex-wife Alejandra left court earlier today in their very own bizarro custody battle -- and it ended about as badly for Jermaine as it could've, with the judge ordering Jermaine to pay up for child support and rejecting his request for 50/50 custody. 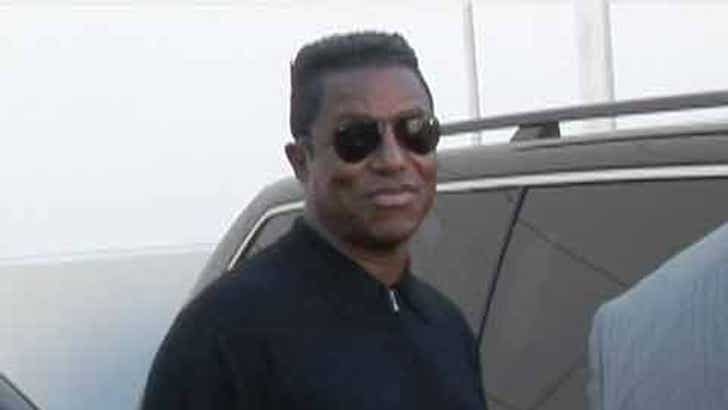 TMZ was there as the two sides duked it out, and heard Alejandra allege that Jermaine is unfit as a parent because he "doesn't help them with their homework, forgets to pick them up from school, and doesn't give them lunch money." The middle Jackson brother asked for 50/50 custody of Jaffar and Jermajesty (no, we didn't make that up); he now sees the boys only on alternating weekends.

The judge did not grant Jermaine's request and ordered both parents to work the custody issue at mediation court.

What's more Jermaine has been ordered to pay $11,511 per month in support payments, comprised of $7,762 of spousal support and $3,749 in child support, retroactive to July 1. Back in August, the judge in the case let Jermaine go without imposing any support payments, saying that he couldn't find any income for him. But now, Alejandra's lawyer, Brian P. Lepak, was able to prove that Jermaine received $450,000 for his appearance on Big Brother UK. And to make matters worse, we also hear that attorney Debra Opri dumped Jermaine as a client.

Today, the exasperated judge called the case "a giant fog."