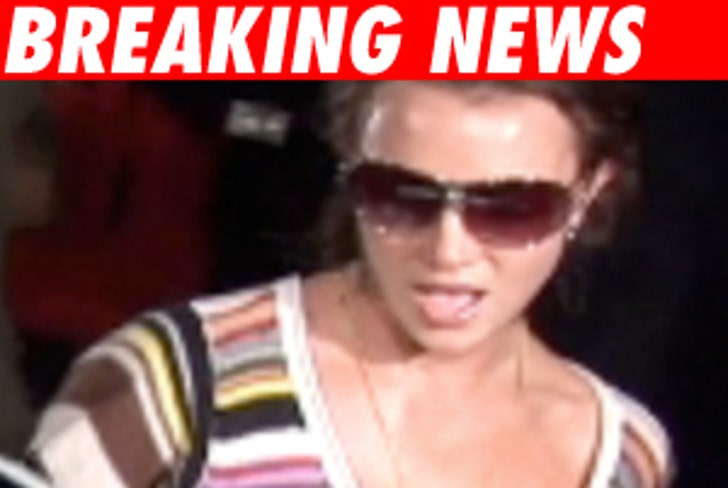 TMZ is in an LA County courtroom this morning as Britney Spears' attorney prepares to plead her case.

As TMZ first reported last night, Brit's lawyer Michael Flanagan will plead not guilty to charges of driving without a valid license on behalf of Brit Brit. Flanagan told us the issue of the hit and run has been settled with the alleged victim (and the charge will most likely be dropped), but he has not yet reached an agreement with the L.A. City Attorney on the driving without a license charge.

According to Flanagan, the City Attorney wants to place Britney on 12 months of probation. If they do, and she picks up another citation or happens to run over a photographers foot, that could constitute a probation violation and she could end up in jail just like Paris. Say it ain't so! The City Attorney would not comment the specifics.