Last night, TMZ caught up with some of the "stars" of the celeb version of "The Apprentice," and it looks like ex-villainess Omarosa has learned a thing or two about heeding The Donald. 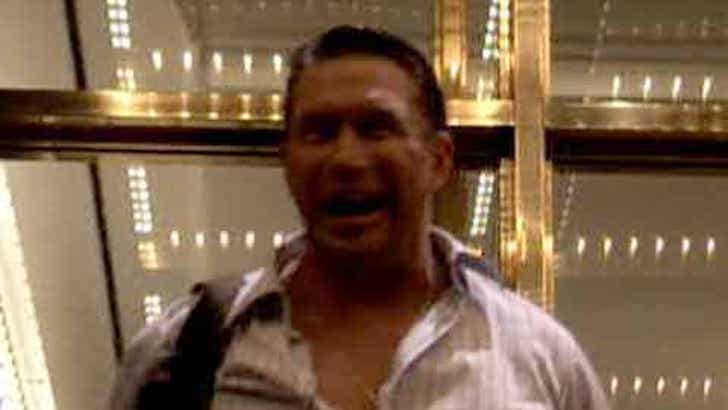 Our guy tried to pry some information about the new show from Omarosa, but she would only put her finger to her lips and give us a coy smile. Softball legend Jennie Finch was similarly mum, and "America's Got Talent" judge Piers Morgan played equally dumb, as he walked into the hotel with all the other contestants. TMZ also happened to spot actress Karen Black -- Oscar-nominee for "Five Easy Pieces -- as part of the "Apprentice" crew.

But non-disclosure was a non-starter, apparently, for Stephen Baldwin and Marilu Henner, who gladly shared their own appraisals of the upcoming season, currently shooting in Manhattan. Baldwin, for his part, proudly proclaimed it the "most dramatic yet."