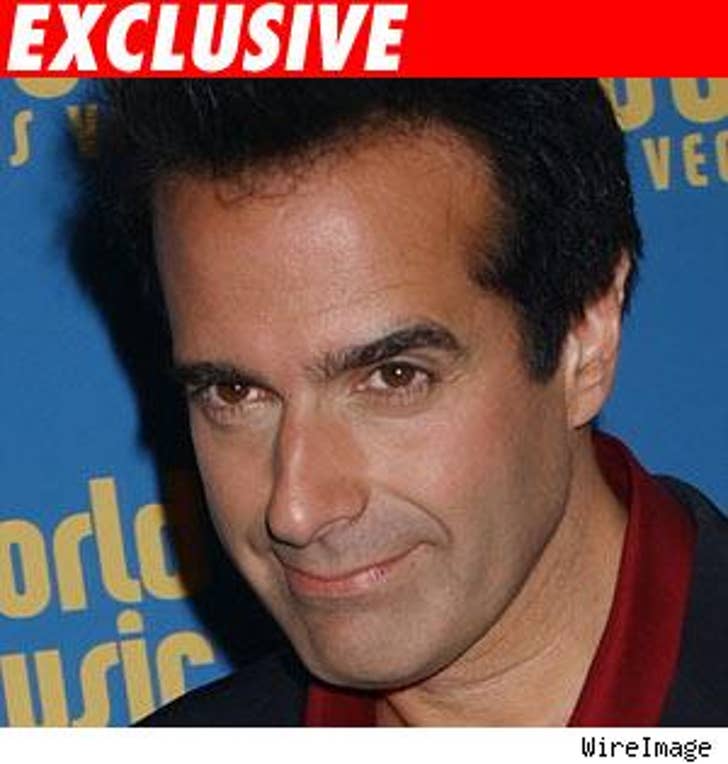 David Chesnoff, attorney for David Copperfield, tells TMZ that all the allegations against his client are false and that investigators in the case improperly leaked information to the Seattle Times.

"David Copperfield has never struck, forced himself or threatened any woman," Chesnoff said. "If some woman told anyone that he did, then she is not being truthful."

Chesnoff pointed out that these are not the first allegations leaked in this case which turned out to be false. He tells TMZ, "The media previously reported that the FBI seized $2 million in cash from Mr. Copperfield's Las Vegas warehouse, only to be contradicted subsequently by an FBI statement that the media reports were untrue and that $2 million was neither found nor seized."

Chesnoff went on to say, "We have been asked to respect the confidentiality of the investigation, but clearly law enforcement officials are not doing the same. At least three federal officials have been cited as sources in a Saturday Seattle Times story containing information about allegations being made. This not only unfairly and falsely defames my client, but it undermines the integrity of the entire investigation."

Copperfield, Chesnoff points out, has no blemishes in his past and is taking these allegations very hard, saying, "It is very hurtful for him to hear and read these horrible, untrue allegations being made against him by a still unnamed woman. As I have previously said, David Copperfield has never forced himself on any woman. He is not that type of person. He is a true gentleman in every sense of the word."