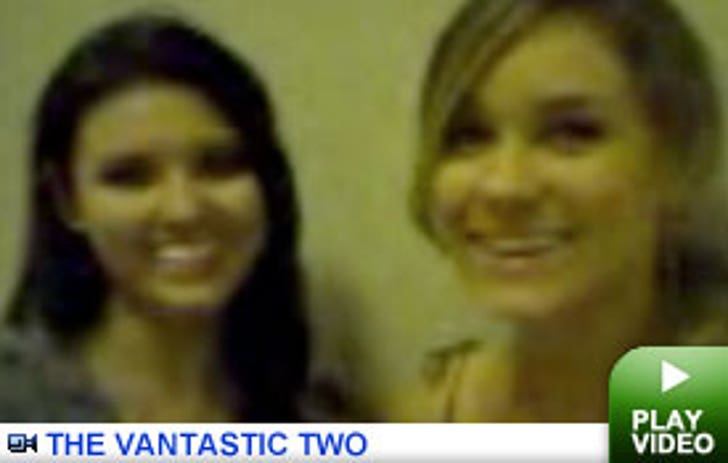 It's Lauren with the latest from My Mobile Life.

Last week, Audrina and I went to the KIIS-FM Homecoming concert in Los Angeles. We introduced Ryan Seacrest at the show! The concert was a lot of fun, and we got to hear some great musical acts like Timbaland. Unfortunately, we missed Gwen Stefani's performance because we had to leave early for a Halloween party. The funny thing was that everyone got picked up and dropped off in Escalades, but Audrina and I were driven in a minivan! Not the hippest car -- but we rocked it out anyway!

Oh, and this week, Audrina is hosting a Halloween party at Les Deux. She's going as Madonna during her "Like a Virgin" era, while I'm going as a sailor. Should be a blast!

On a more serious note, my family's former cabin near Lake Arrowhead was lost in the wildfires that ravaged Southern California. We no longer owned it -- but my parents sold it to a friend of the family and the house was furnished with all our old stuff. We were lucky that no one was hurt. So many people in Southern California had to evacuate, and over 2,000 people lost their homes. Thankfully, firefighters worked hard, and by the time this posts, the fires should all be out!