Alleged funnyman Dane Cook was spotted outside TMZ headquarters -- and he was not alone! 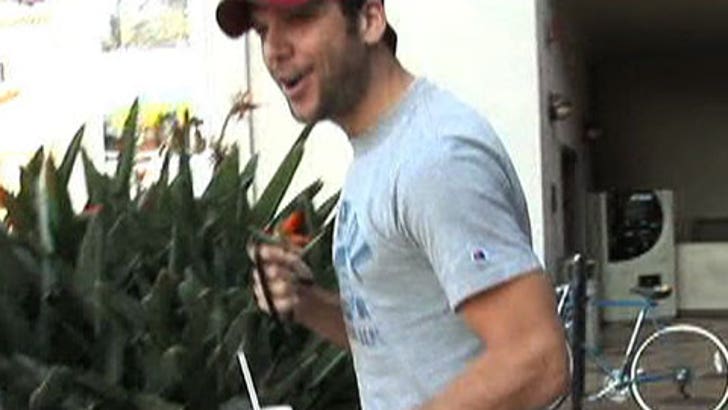 The comic told cameras that he was not only excited about the Boston Red Sox winning the World Series, but he was thrilled to show off his manly and burly dog -- named Beast. While he may not be the biggest and baddest companion around, he's still pretty cute.

And Beast's not so bad either.