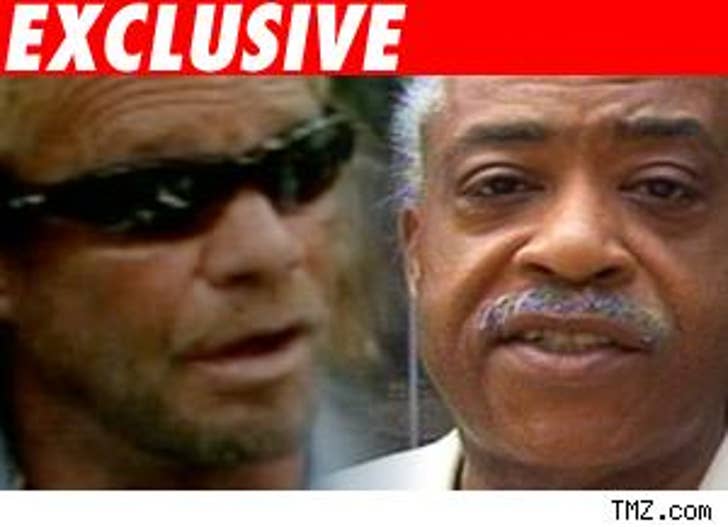 TMZ has obtained a letter that Reverend Al Sharpton has sent to Duane "Dog" Chapman, after Dog contacted him yesterday. Here's the full text:

I received your call while on the road promoting a March I am leading on the United States Justice Department on November 16th in Washington, DC, against hate crimes and racial attacks around the country. The revelation of your conversation came at a time that is most frightening to a lot of people because we are in a state of crisis with the proliferation of racial attacks, hate crimes, and bias incidents in the United States and abroad. In fact, Abraham H. Foxman, the Executive Director of the Anti-Defamation League and I released an unprecedented joint statement today because of this climate. Even more concerning to me though is that the Justice Department and the federal government have failed to intervene in cases all over the country of racial bigotry and hate which is the reason we are having our march on Nov. 16th in front of the Justice Department.

As a minister I would be inclined to meet with you despite the racist and grotesque things I heard you say, but I am not willing to rearrange my schedule around the country building up for this march to do so. If you wish to meet with me somewhere on the road that is fine, but be assured that I will not sanitize the kind of hate language that leads to the hate action that has left so many people vulnerable in America today. The company that airs the show has the right to take steps by any means when there is a public display of a character of bigotry. We did not call on your company's action but we will not call against your company's action, because what was said in private is now public, and they have a right to deal with their public perception.