Hey y'all! She's looking for a new Ranchita Popwreck! Earlier this week, Britz was seen in the quiet South Bay city of Hermosa Beach, Calif. checking out a giant house at the end of a cul-de-sac, and horrifying potential neighbors. 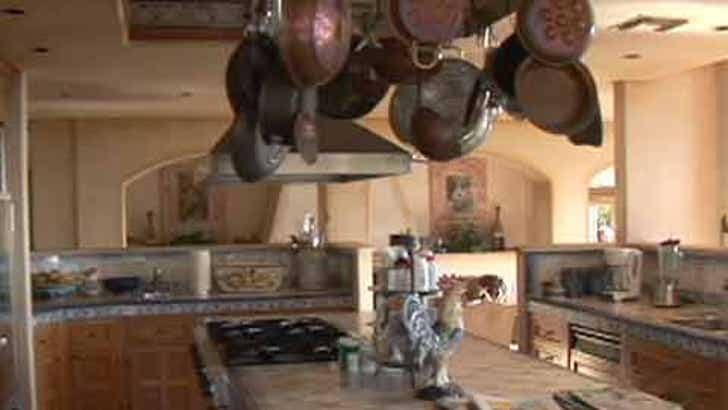 It features 4 bedrooms, 4 baths, a giant kitchen, and a vintage Irish Pub with a 700-gallon saltwater fish tank -- and yes, the fish come with the house! There's a large sports pool and spa, a separate guest house and panoramic ocean views. The price tag? A mere $8,585,000! Gimme more!

Britney's constant entourage of paparazzi is making her would-be neighbors very nervous. "This is not a star-type neighborhood ... you can practically reach out and touch your neighbor's house! I wouldn't want her here," whined a local resident while walking his dogs.

"I'd rather see more real people living here in Hermosa Beach, rather than plastic freaks," said another unwelcoming man while sitting on a bench at the pier. A lady at a restaurant added, "I hope she doesn't park next to my car," and a costume-wearing girl eloquently summed it up with, "Not here, bitch!"