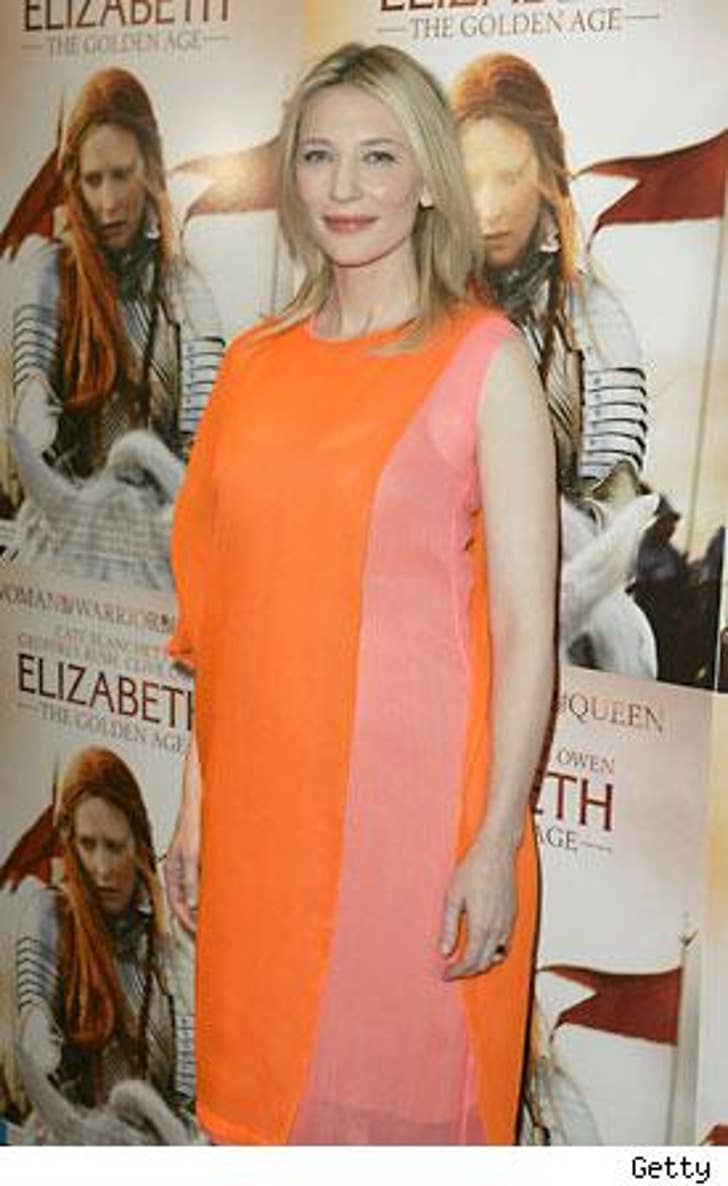 Cate Blanchett is pregnant with her third child, the actress told the Sydney Morning Herald.

On the red carpet for the premiere of her new movie, "Elizabeth: The Golden Age," the native Aussie actually gave a straight answer when asked if she was preggers. What a novel concept!